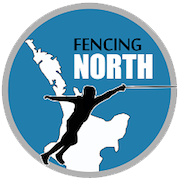 Note: Two meetings were held this month in order to shift the meeting schedule from the beginning the month to the end of the month.

Confirmation of the Previous Minutes: Katie moved that the minutes for the start-of-May meeting be accepted as correct. Sunnie seconded. Motion carried.

Matters Arising: The privacy inquiries discussed in the previous meeting are on the agenda for the next meeting of the FeNZ board.

Covid19 Update/Current Status: Since New Zealand dropped down to Alert Level 2, FeNZ has published guidelines for clubs and tournaments operating. The guidelines will be further revised on Friday following the government’s announcement that gatherings of up to 100 people would be permitted. However, only the number would be changed; all other guidelines must still be followed.

Clubs Reopening: Clubs are required to fill in a checklist describing how they will comply with all of the requirements for operating under Level 2. Kyle and Neil reported that Auckland Swords had successfully reopened, as well as some school clubs.

Competitions Reopening: With the 100 person limit, Fencing North and Trusts should be able to begin regional competitions again in the next month. Health and safety guidelines must still be followed (e.g. all competitions fully ticketed, sanitisation). National will not begin until at least Level 1.

Competitions: The committee discussed the new competition calendar. We decided that we should begin by holding a fun social tournament at the end of June and encouraging everyone to come along. We also agreed that Secondary School competitions should begin in school term 3 to allow school clubs to open again and creating a lead up to National Secondary Schools (should it go ahead).

David and Maja would complete the new competition calendar for the rest of the year. The updated calendar can be found here.

Fundraising: Rhys reported on the current status of our fundraising efforts. Most of our applications have been put on hold for a few months as funding bodies recover their income sources.

Rhys and David reported that there is a new sporting resilience fund being distributed by Sport NZ. However, Sport NZ only works with approved partners, which does not include FeNZ. Therefore, at this stage the money is not available for fencing clubs. Sport NZ is not taking applications for partnership until a later date. Rhys noted that this supports the idea that fencing needs a national funding strategy.

FeNZ News: David and Amanda reported the news from Fencing New Zealand. Nicola Shackleton has resigned from the Officiating Commission. Hamish Clarke has been asked to act as chair of the commission for the moment.

Rex Hefferen: Fencing North is sad to report that Rex Hefferen passed away in the previous week. Rex was a prior president of Fencing North and Auckland Swords. The committee paid tribute to the great contribution that Rex has offered to the sport over the years.

Coaching Development: Judit reported on the current state of coaching development. The Oceania Fencing Committee has announced that they want to standardise coaching registration throughout the region. This will be recognised by FIE, but may take more time to establish.

At this stage, it is likely that coaching registration (for New Zealand) will be established shortly, there will be a first aid course (for Fencing North) in July or August, and coaching courses will begin in September.

Matt Stanley mentioned that there are plans to bring Judit to Whangarei to run a course with the coaches there.

Mediaeval Madness: Matt Stanley mentioned that there is a yearly ‘Mediaeval Madness’ event in Whangarei, and that his club is hoping to have a fencing exhibit at the event in 2021. He expressed a desire to borrow fencing gear for demonstrations.

Meeting Locations: Since online meetings have been so successful recently, Katie suggested that we continue to hold meetings by videoconference for a while. This means that in general more people will be able to attend, although conversation is a bit more difficult. Judit offered to run the meeting with her Zoom subscription next month.